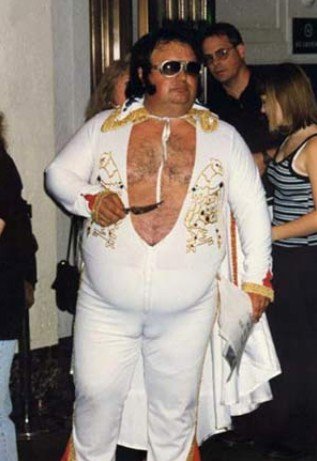 Thirty teams made there way to Indio, California for the Stagecoach Country Music Festival and BBQ Championship promoted by longtime CBBQA member Thom Emery. The Festival featured many of the hottest bands in country music with the headliners being The Zac Brown Band, Lady Antebellum and Toby Keith. This year, the teams had a great view of the “Mane Stage” from the front of their camps. It was very nice to sit back after the competitions and listen to the great music being performed live 200 yard in front of us.

Teams had to arrive on Thursday to move into the giant venue. We arrived about half way through the load in schedule and met Thom at the gate. You could tell things were stressful for Thom. Finally everyone was located in their spots and the friendly chit chat of the BBQ brotherhood commenced. Evening temperatures were quite pleasant. Daytime temps were downright hot for this fat dude. Inside my screened canopy on Sunday, my Thermapen recorded 112*.

Friday was the start of the 3 day festival and the start of the competitions as well. Teams broke out their cookbooks to cook some International Chili Society “Home Style” Chili. Got Smoke was the winner and received the Gold Record trophy for their efforts.

Saturday, Thom had lined up an International Barbecue Cookers Association (IBCA) three meat cook off. The comp meats were a ½ Chicken, Spareribs & Brisket. Chicken honor went to Meat, Inc. with 2nd and 3rd going to the split teams of Basement BBQ and Rooftop BBQ. The pitmasters, Joe and Andy, normally work together, but used the festival to gather friends and family, and put on two great performances.

Sparerib honors went to one of the hottest teams on the circuit right now, Smokin’ Mo’s. 2nd went to I.A.B. 30 and 3rd went to Dirty Harry BBQ. Brisket was the last category and Honors went to Dave Malone and his team All Sauced Up. 2nd went to John and Brad at Brazen BBQ. Tom & Paul from I.A.B. 30 took home 3rd place.
For the GC and RGC, there was a tie in points. And according to our IBCA Reps, K & K McIntosh, the tie was settled by the team who had the highest brisket score. I.A.B. 30 was 3rd in Brisket and Basement was 8th, thus I.A.B. 30 scored the GC and Basement BBQ was the RGC. Congratulations to all the winners.

As you can see it was a 4 horse race and it would come down to the brisket category for the Gold Record Trophies. All Sauced Up followed up their Saturday 1st place Brisket and repeated their domination with back to back honors in Brisket. All Sauced Up was followed by The Pit Crew BBQ and Rooftop BBQ. Brazen BBQ was 5th and I.A.B. 30 was 7th.

In the Overall, The Pit Crew BBQ was 5th, All Sauced Up was 4th, and Loot N’ Booty was 3rd. The Silver Record and RGC went to I.A.B. 30 and GC honors went to Brazen BBQ and took home the Gold Record.

Congratulations to all the participants and thank you to Thom Emery for his efforts, Carol & Merl Whitebook, our KCBS and ICS Reps and Kelly and Kathleen McIntosh, our IBCA Reps. I would also like to Thank the Concert Promoters for giving us the opportunity to have these three contests, at such a huge event. Golden Voice, Thank You.

A quick shout out to the BBQ vendors, who also competed. I talked with Dale Ginos several times and I understand they had a fabulous weekend both vending and all 3 competitions. Well done my friend.